GO-GO BEACH (musical) Book & Lyrics by John Wimbs, Music by Michael Shaieb & Brent Lord. Inspired by the popular beach party films of the 1960s. Winner – Audience Choice Award, SummerWorks, The first commercial production of GO-GO BEACH premiered at the Seoul Arts Center in South Korea in March 2004, and was a Next Link Selection at New York Musical Theatre Festival in 2006.

FROM THE MEMOIRS OF JOHNNY DAZE (play) by John Wimbs. A satire of the underground performance art scene in 80’s New York, first produced at the Centaur Theatre in Montreal for the Quebec Drama Festival, where it won awards for Outstanding New Play and Technical Proficiency. Subsequently produced across Canada at various theatre festivals, and in New York City’s East Village.

MEMOIRS (screenplay) by John Wimbs, based on From the Memoirs of Johnny Daze. Feature length film, produced by Bashar Chbib in association with the National Film Board of Canada.

John Wimbs currently writing a book to be published by Random House in 2021. And he is adapting a best-selling novel for musical theatre.

He is the author of Molly Wood, winner of two Dora Mavor Moore Awards (Toronto’s top theatre honour) for Outstanding New Play and Outstanding Production. His musical, Go-Go Beach, was an Official Next Link Selection for the New York Musical Theatre Festival,  was staged in Korean at the Seoul Arts Center in South Korea, performed at the Kennedy Centre in Washington DC for Capitol Awards Program, won the Audience Choice Award at Toronto’s SummerWorks Festival, and is now licensed internationally by Theatrical Rights Worldwide. An earlier play, From the Memoirs of Johnny Daze won top honours at the Quebec Drama Festival, and was made into a feature film called Memoirs that debuted at Toronto’s international film festival. He has also written a number of entertainment stories as a feature writer, and was a staff writer on the CBC Television series Surprise… It’s Edible, Incredible!

John has also built a long-time career in marketing and public relations with more than 25 years experience as an entertainment publicity, events and communications strategist, with a specialty in the commercial theatre, performing arts and broadcast industries in Toronto, London and New York, and for major theatrical touring productions across Canada and the United States. In 2019 he wrapped 12 years as a director of communications at the Canadian Broadcasting Corporation.

“OUR MAGISTRATE, THE QUEEN”

“If playwrights John Wimbs and Christopher Richards accomplished nothing else with MOLLY WOOD, they unearthed an odd corner of Toronto history and revived an intriguing character in Alexander Wood, merchant, magistrate, and the city’s first out gay person. But Wimbs and Richards have done more than just that. They’ve created a wonderful comic drama that touches on several issues of particular concern to homosexuals, including the mechanisms of repression and survival, social compromises, public displays of affection, and the right simply to be oneself.” – H.J. Kirchhoff, Globe & Mail 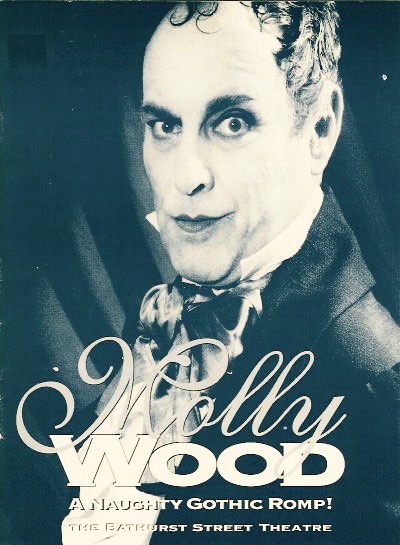 MOLLY WOOD was produced by Lovers & Madmen Productions, directed by Ned Vukovic. The original production was staged at the Bathurst Street Theatre in the fall of 1994. It was nominated for eight Dora Mavor Moore Awards, and won two. 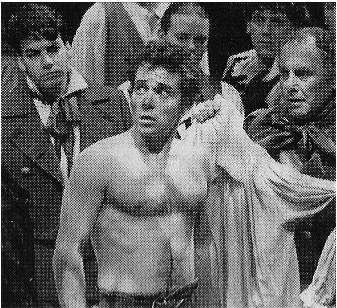 “Thank god for playwrights John Wimbs and Christopher Richards, who dish the dirt on Alexander Wood, head magistrate of early Upper Canada, and the first known queer in the country.” – Eye Magazine 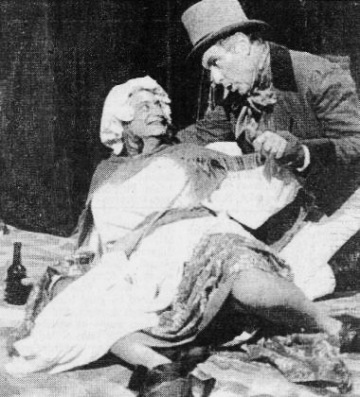 GO-GO BEACH (book and lyrics by John Wimbs, music by Michael Shaieb and Brent Lord) is a coming-of-age story about a surfer who gets into trouble with his girlfriend when he falls for a runaway teen pop star, and his relationship with a flower child who helps him find the true meaning of love. It features an original score inspired by the surf sound, girl groups, go-go music – and a little flower power as well.

Inspired by the popular beach party films of the 1960s, GO-GO BEACH was first presented as an industry reading in New York in 2001.  It was staged in the summer of 2003 at the Kennedy Center in Washington, DC by the Capitol Awards Program (a national association that honors the best musical theatre students from across the United States). The show won the Audience Choice Award at SummerWorks Theatre Festival in Toronto in 2003, and was given a main-stage production at Concordia College in Minnesota. It underwent further development at an intensive workshop at the University of Northern Colorado, followed by a complete staging in January 2004. The first commercial production premiered at the Seoul Arts Center in South Korea in March 2004, and was an Official Next Link Selection at New York Musical Theatre Festival in 2006.

Stage performing rights are available exclusively through Theatrical Rights Worldwide. It has been performed in countries around the world, including England, Scotland, Australia, Canada, Korea and the United States.

FROM THE MEMOIRS OF JOHNNY DAZE, a semi-autobiographical play by John Wimbs, is a satire of the underground performance art scene in 80’s New York. It was first produced at the Centaur Theatre in Montreal for the Quebec Drama Festival, where it won awards for Outstanding New Play and Technical Proficiency. Subsequently produced across Canada at various theatre festivals, and at the legendary Pyramid Club in New York City’s East Village.

A feature film, based on the semi-autobiographical stage play From the Memoirs of Johnny Daze, produced by Bashar Chbib. It premiered at Toronto’s international film festival, toured the festival circuit, and was shown as an extended-run midnight feature at the Bleecker Street Cinema in New York City. (Available for screening at Oneira Films.)

“An elegantly choreographed and archly stylized marriage of Fassbinder and Archie comics, the Montreal-made Memoirs is basically an end-of-the-world teen romance. A bright-eyed and idealistic young writer named Johnny Daze comes to town prowling for something to write about. What he finds is a sinister back alley forbidden zone peopled by gays, artists, prostitutes, transvestites and virtually every kind of conceivable bad influence. But his absolute undoing (and his initiation into the underworld) comes in the form of a bewitching but volatile artist/garbage collector/femme fatale named Ida Rage. Vampiristically sucked dry of both dramatic and psychological realism, Bashar Shbib’s first feature is an exercise in pop-media deconstruction that takes the camp aesthetic to near-apocalyptic extremes. If Bertholt Brecht had directed Risky Business, it might have turned out something like this.” – Geoff Pevere

“… a Timothy Leary nightmare after one cocktail too many.”
Salem Alaton, The Globe and Mail

“Where has all the value gone?”
Mark Halleck, New York Native

LEADING LADY, with book and lyrics by John Wimbs, and music by Anthony Bastianon, is the legendary backstage story of The Black Crook, an extravagant, long-running musical spectacle that introduced the modern notion of the way audiences think of “Broadway” today.

A once-popular actress transcends her own personal interests and the politics of a dysfunctional theatre company to stop the shutdown of a failing production by inspiring collaboration and innovation, delivering a history-making theatrical event and emerging as a true artist.

An exploratory, development workshop was staged in the fall of 2015 as part of the acclaimed Canadian Musical Theatre Workshop at Sheridan College. Work on this project continues…

A selection of entertainment features and profiles for Xtra Magazine, Toronto.

FILM: The Middle of Nowhere, The Creeps, The Flowers of Evil, The Horror of Happy House, Hangdog, Red