GO-GO BEACH (book and lyrics by John Wimbs, music by Michael Shaieb and Brent Lord) is a coming-of-age story about a surfer who gets into trouble with his girlfriend when he falls for a runaway teen pop star, and his relationship with a flower child who helps him find the true meaning of love. It features an original score inspired by the surf sound, girl groups, go-go music – and a little flower power as well. 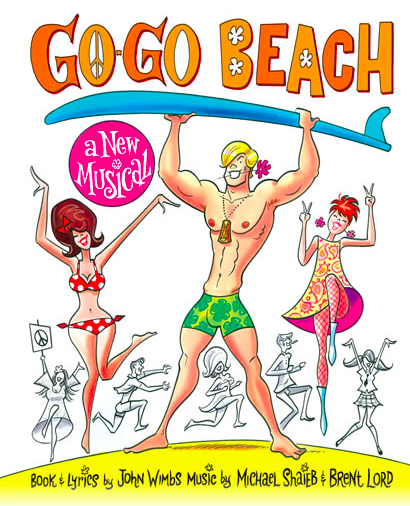 Inspired by the popular beach party films of the 1960s, GO-GO BEACH was first presented as an industry reading in New York in 2001.  It was staged in the summer of 2003 at the Kennedy Center in Washington, DC by the Capitol Awards Program (a national association that honors the best musical theatre students from across the United States). The show won the Audience Choice Award at SummerWorks Theatre Festival in Toronto in 2003, and was given a main-stage production at Concordia College in Minnesota. It underwent further development at an intensive workshop at the University of Northern Colorado, followed by a complete staging in January 2004. The first commercial production premiered at the Seoul Arts Center in South Korea in March 2004, and was an Official Next Link Selection at New York Musical Theatre Festival in 2006.

Stage performing rights are available exclusively through Theatrical Rights Worldwide. It has been performed in countries around the world, including England, Scotland, Australia, Canada, Korea and the United States. 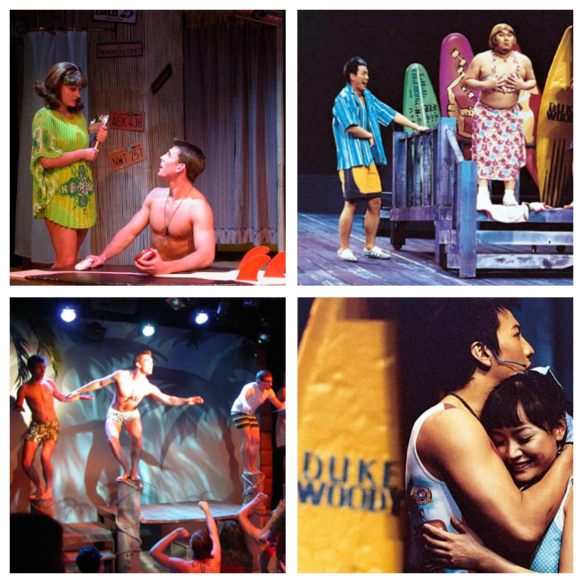